The iBot has been created at 2012 and since then the bots have never been the same. With a great community that use ibot every day, the users consider us very usefull to get a

high level character. Previously the iBot was known just for it hight quality and confiability, but nowadays, besides to keep both characteristics that are already very

strong, it was added too improvements such as, high performance, high speed and low CPU consume, that obviously confirme that iBot is the best Tibia's bot.

XenoBot is a fully-responsive and optimal client modification for Tibia, featuring an arsenal of advanced tools. The software, which is user-friendly, efficient, flexible and

highly secure, works flawlessly on Windows operating systems and does not produce lag.

WindBot is a high quality automation and enhancement software that works 100% by simulating mouse clicks and keyboard strokes. Its targeting, looting and cavebot systems are

the smartest ever seen in a Tibia bot, beating any other bot currently available on the market.

Tibia Redbot Pro has got the most functionalities from all other available programs. Besides that, we guarantee safety and quality. We test our bot before release, so you will

When i saw that Blue Bot is too slow for Dice Script, i started writing new bot, which is only destinated for Dice.
But, that ain't free, due:
1) Other scripts costs around 30USD
2) Bread costs too

That is first release of this tool, may cointains some bugs.
If you found some, please give me a sign. 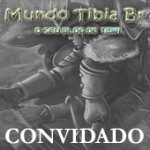