RedBot (9,86) is an advanced new generation tool for the Tibia client who's functionality is completely external and free of the client. It doesn't send or receive packets, doesn't alter memory, doesn't inject dlls and doesn't modify the client's functionality in any way, like most of the other tools do while exposing themselves to many risks like causing otherwise impossible behavior or performing actions at unrealistic speeds. More importantly, this gives rise to many new possibilities!
RedBot was built with a strong and flexible design in mind and can skillfully perform all kinds of actions by controlling the mouse and keyboard only. Combined with its in-built randomization features and smart character control, it's behavior can hardly be told apart from that of a human and allows you to play with lessened suspicion from other players. 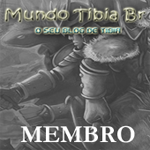